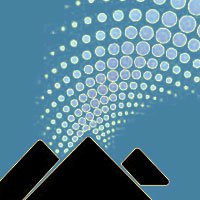 The aim of this workshop was to bring together leading experts in the field to discuss theoretical methods, thin-film deposition techniques, device architecture and fabrication, and commercialization prospects for earth-abundant semiconductors. The event included invited presentations, panel-led discussions, a poster session, and workshop dinner. Event Schedule.

This session provided a theoretical foundation for addressing intrinsic defects in earth-abundant absorbers, control of opto-electronic properties of new materials and interface behavior of new earth abundant materials. In discussing the use of theoretical predictions to address issues of the scalability of solar power, it was concluded that theoretical predictions may be used to better guide physical experiments. Ultimately this will speed the rate of advancement of new solar cell materials.

This session focused on the development of earth-abundant, thin-film absorber materials. Particular insight was given into efficient, high-throughput deposition and characterization of thin-film semiconductors. Techniques of interest included combinatorial sputter deposition, variable-temperature Hall effect measurements, and deep-level transient spectroscopy. Examples of novel earth-abundant PV materials included Cu-nitrides, FeS2, CZTS, CZTSe. Discussion touched on the fundamental understanding of surface and bulk defects of emerging PV materials, as well as on how to be more productive in the lab.

This session examined how material properties at surfaces and interfaces affect device performance. Discussion focused on whether or not low device performance could be explained by material issues at interfaces and how those interfaces could be improved. Developments mentioned include using PL as a tool for finding ZnSe at interfaces in CZTSSe instead of using atom probe tomography. It was also mentioned that a Cu-poor surface region in CIGS may improve device efficiency by effectively increasing the band gap. Concluding comments maintained that surfaces should be characterized as much as bulk materials since they play an important role in device performance.

This session reviewed the birth of thin film technologies. The successes and failures of early research on Cu2S/CdS thin film solar cells that took place in the 1970s and 1980s, in particular at the University of Delaware were cited. The technical discussion centered on the instability of the Cu2O absorber layer that ultimately doomed this technology commercially. Then, the lifetime of prototype solar cells was only 6 months because of copper migration. Following this review, a series of proposals were put forth for how to solve this issue by modifying the oxidation state of copper in the absorber material by chemical doping. This session also examined the industrial and commercial challenges of making solar energy a success. It highlighted that academia and industry often have very different approaches to the challenge of scaling up the manufacturing of PV technology. In academia, the focus is typically on the fundamentals and unusual properties of any particular technology, whereas in industry, the focus is on the overall cost of the technology.

The goal of this session was to discuss device structures and materials used in earth abundant photovoltaics. In particular, the focus was on earth abundant sulfides as absorbers for photovoltaics, as developed at Helmholtz Zentrum Berlin, device modeling of CZTSSe to understand the properties that have highest impact on efficiency, and the search for earth abundant p-type conductors. The primary conclusion was that there is still a lot of research to be done to develop earth abundant pv, and that includes both finding the necessary earth abundant materials, as well as developing their properties, characterizing defects, and looking at device structures and interfaces that arise from these structures. Discussion highlights included that reactive magnetron sputtering has been shown to successfully produce a variety of earth abundant sulfides with good quality and low cost. Also device modeling of CZTSSe solar cells has successfully shown correlations between material parameters and device performance. It was also noted however, that there are few p-type conductors available, and many of them contain copper.

This session focused on transitioning thin-film, earth-abundant photovoltaics, into commercially successful solar cells. An auxiliary component was a discussion of an alternative application of thin-film semiconductor research, in photocatalysis rather than photovoltaics. The primary conclusion was that the steps to commercialization for earth-abundant thin-film absorbers still require a significant amount of basic science. In order to accelerate this scientific progress, higher throughput combinatorial experimentation is necessary, as well as active discussions and workshops between different research groups to transfer learning and identify the next research questions. This session highlighted the importance of industrial R&D and large-scale research efforts in accelerating progress towards commercialization.

This session identified research priorities and opportunities, and discussed establishing recommendations for federal agencies. Priorities included the development of a framework or a figure-of-merit to evaluate the potential of earth abundant materials, such as solar absorbers. There is also need for high-throughput material investigations and characterization to accelerate material exploration. The issues pertaining to the interface between the absorber and buffer layer need to also be addressed. The session chairs summarized that the main issue limiting the performance of earth-abundant materials can be categorized into bulk and interface limiting defects. If we are to improve solar cell efficiencies, we need to improve our understanding of bulk and interface properties. This can be guided by computer simulation predictions and advanced characterization techniques. At the same time, it is important to be creative in implementing solutions that can help mitigate the bottlenecks that are limiting solar cells efficiencies.